Most Beautiful Waterfalls in Iran

The diversity of natural wonders of Iran from the mountains to the sea to the salt pan and forest is unique in its own way. Among the wonders, there is a natural phenomenon called waterfall. Many beautiful waterfalls can be seen in different parts of Iran. The attractiveness of the waterfalls in Iran and the green environment around them has made this natural phenomenon one of the most important tourist attractions in the world. Below you’ll find a list of the most beautiful waterfalls in Iran.

It is one of the most amazing waterfalls in Iran which is pushed out of the oak forests and Zagros towering mountains and brings a pure and pleasant experience for those who love nature. It is located in Lorestan province, next to Bisheh village. With a height of 48 meters, this natural waterfall is considered as one of the tallest waterfalls in Iran. Its water is supplied by the springs that are located near it. In addition to the beautiful cascade, a large pool of water has been created in its lower part which is a great spot for swimming. Many tourists spend the whole day exploring the surrounding area. There are also amenities near the cascade such as restaurants, shops, etc. The possibility of horseback riding near the waterfall for a very reasonable price is one of the other attractions. 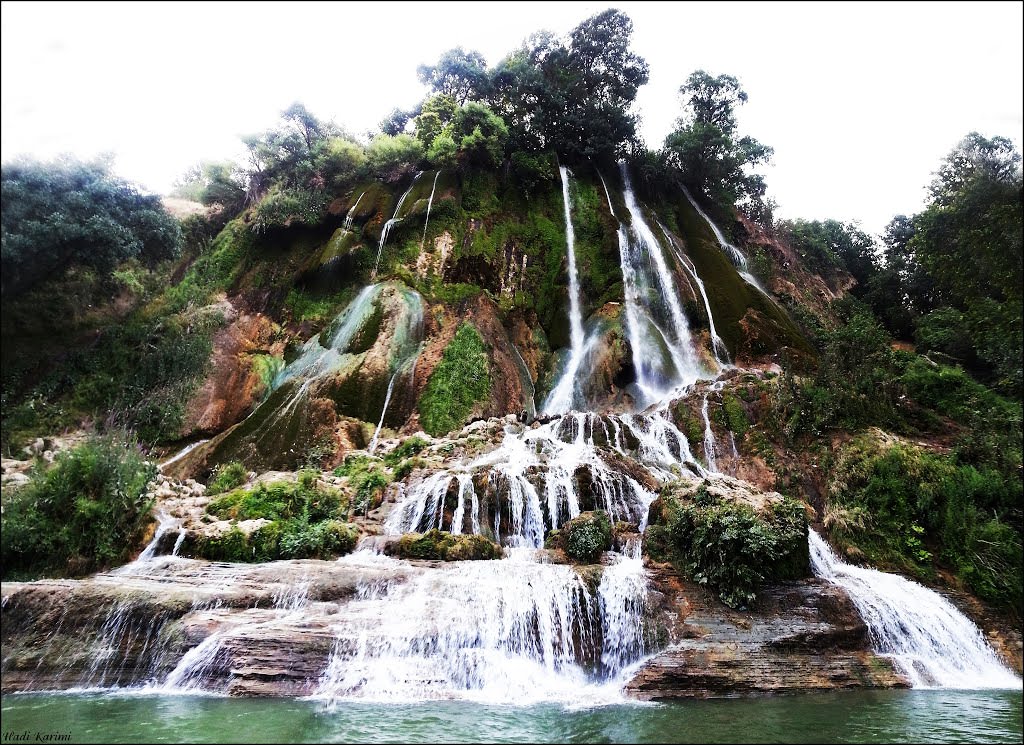 It is one of the most unique waterfalls in Iran and in fact the third tallest waterfall in Gilan province. Visadar is derived from a Talysh word which means the shadow of a willow tree. This amazing cascade is located amid very beautiful forest roads and you have to take a short walk in the forest in order to reach it. The road that leads to the waterfall is in the middle of towering forests and beautiful willows. Another particular feature of the cascade is its rock wall which has a special and attractive shape. There is a bridge in front of Visadar waterfall where you can stand and take attractive pictures while watching it. 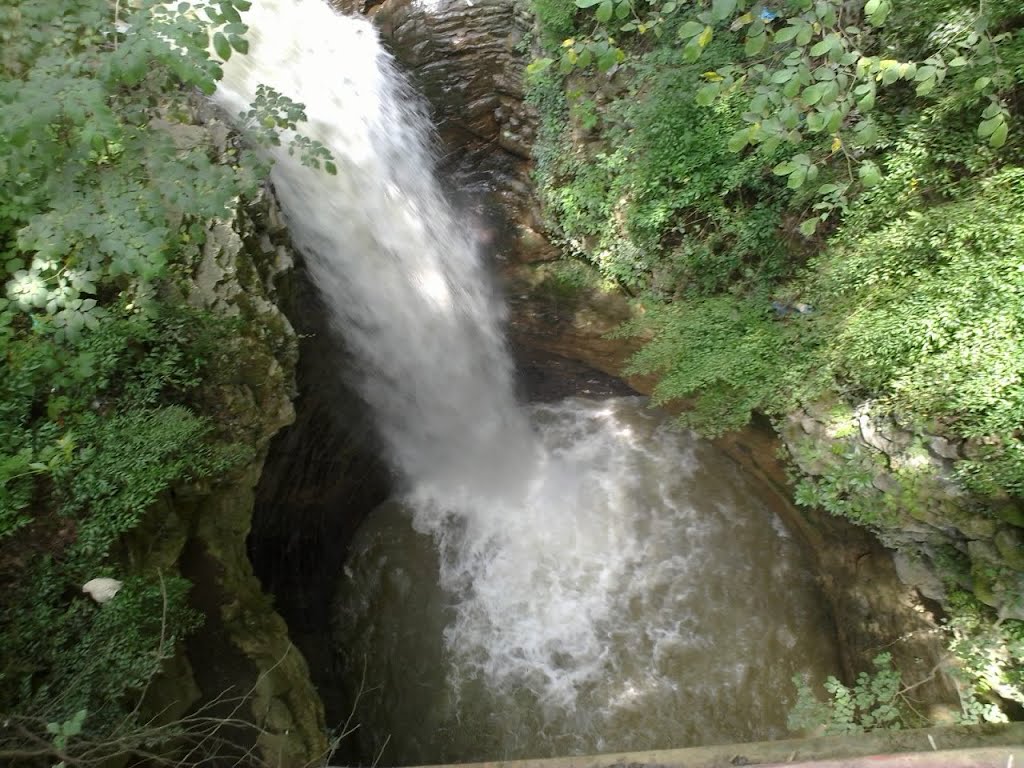 It is regarded as the tallest spring waterfall in the world. In fact, the source of water supply of this waterfall is numerous springs around it. That’s why it is also known as a spring cascade. With a height of 70 meters and a width of 100 meters, Margoon waterfall is one of the most magnificent and beautiful waterfalls in Iran. Beauties of the cascade itself on the one hand and the unique nature around it on the other hand have made it one of the most popular cascades in Iran among the tourists. The area surrounding ​​the waterfall is covered by various trees such as apple, hawthorn and other forest trees. In addition, there are facilities such as parking lots and public lavatories for the well-being of tourists. The waterfall is located in Sepidan County in Fars province in terms of administrative divisions. 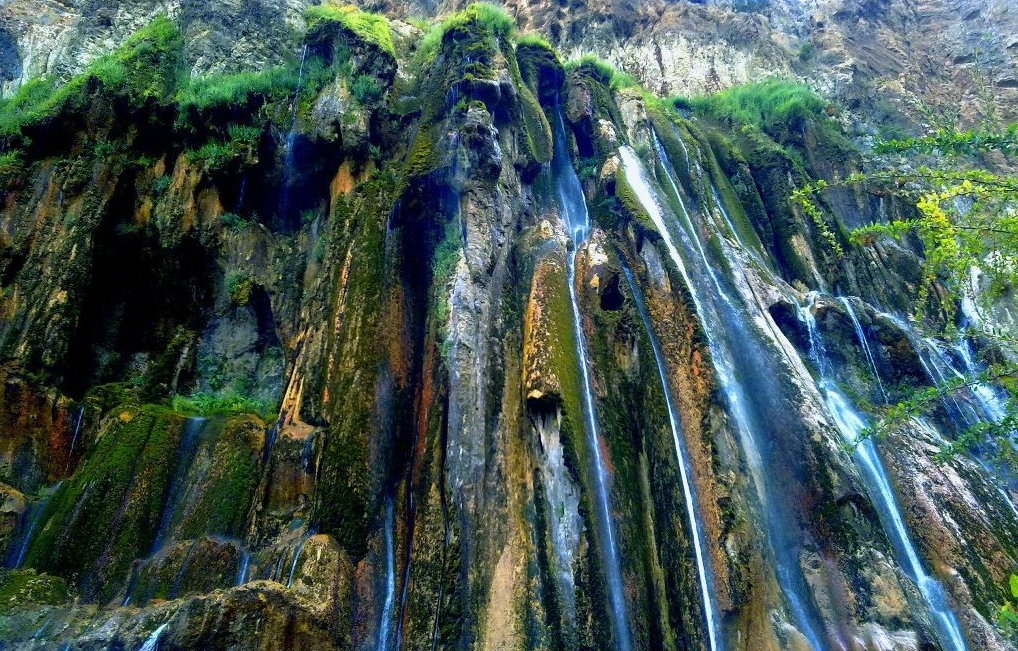 One of the other beautiful waterfalls in Iran that has attracted a great deal of attention in recent years is Latun waterfall. It is located near Astara County in Gilan province. The waterfall which is 105 meters in height is known as the tallest waterfall in Iran. It originates from Spinas Mountain and will eventually lead to Lavandvil River. The cascade route is a mountainous and forested one and you have to go through a winding path to reach your destination. That’s why the best time to visit this place is in warm seasons. 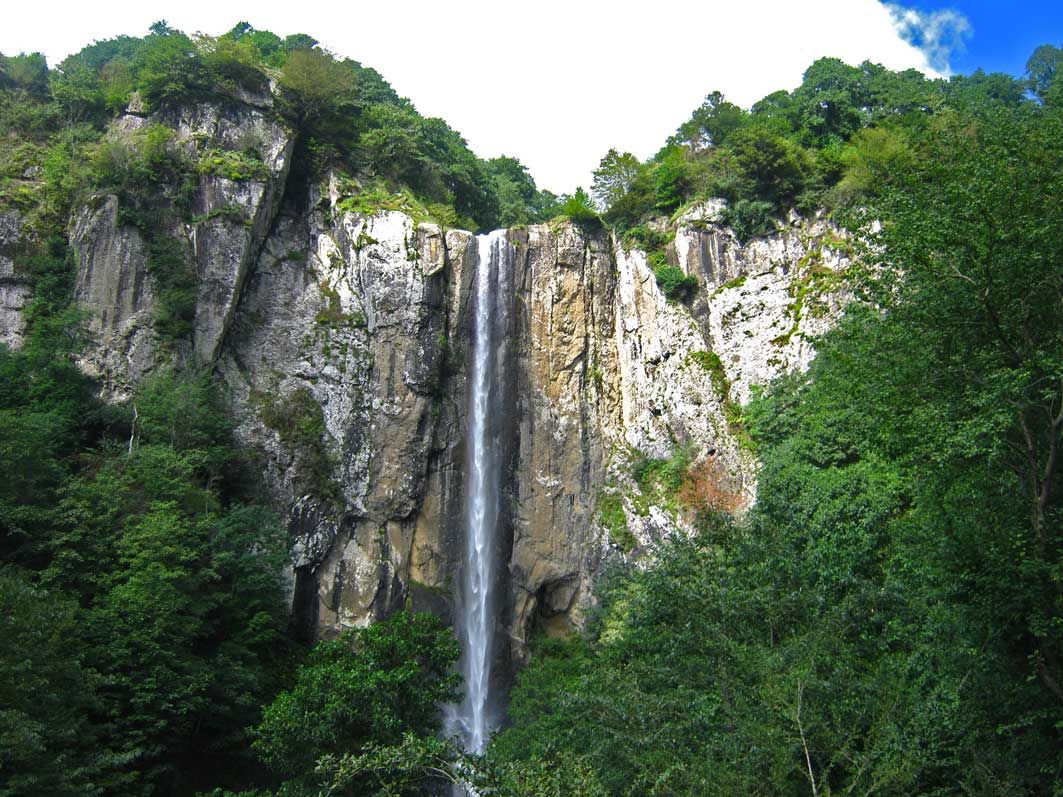 With its spectacular forests, small and large cascade and abundant springs, Golestan province has a beautiful and fascinating nature. One of the attractions of the province is Kaboud-val waterfall which is known as a completely mossy waterfall. The cascade is located 5 km southeast of Aliabad-e Katul County deep inside a valley at the heart of the forest and at the foot of Harun Mountain with a height of 1780 meters. It is considered as one of the most beautiful waterfalls in Iran and it is very spectacular and attractive even in the winter. In addition to the beauties of the cascade itself, we must also mention the untouched and wonderful nature around it. You have to walk on a forested road to reach the waterfall. You need to walk about 20 minutes from the forest park to the main waterfall. You will be immersed in beauty and verdure of the forest on the way to the waterfall. 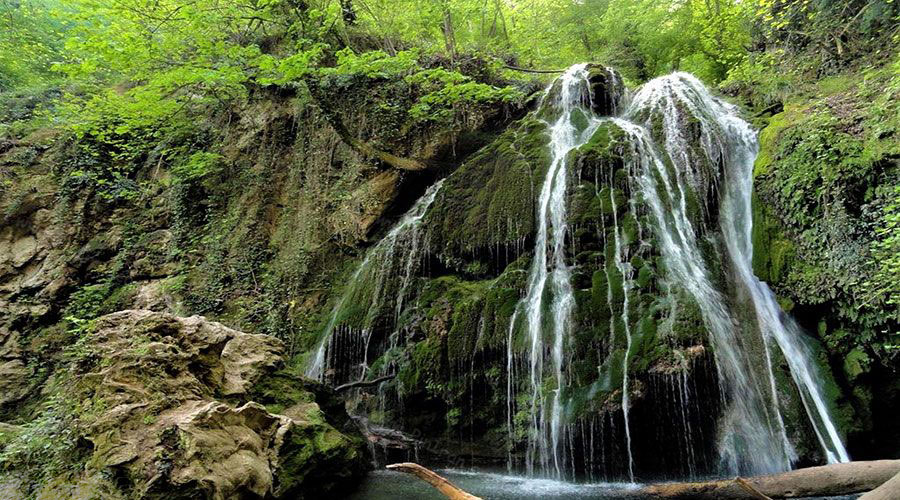 We are not exaggerating when we call Shevi as the most beautiful waterfall in Iran! If you love ecotourism, we strongly recommend you visit this unique cascade. its view is so great that everyone will be amazed to see it. People like to sit there for hours and enjoy the view. One of the beauties of the path is hearing the sound of water as you approach the cascade. Furthermore, the closer you get to the waterfall, the higher the humidity level goes. The waterfall is located in Dezful County in Khuzestan province. 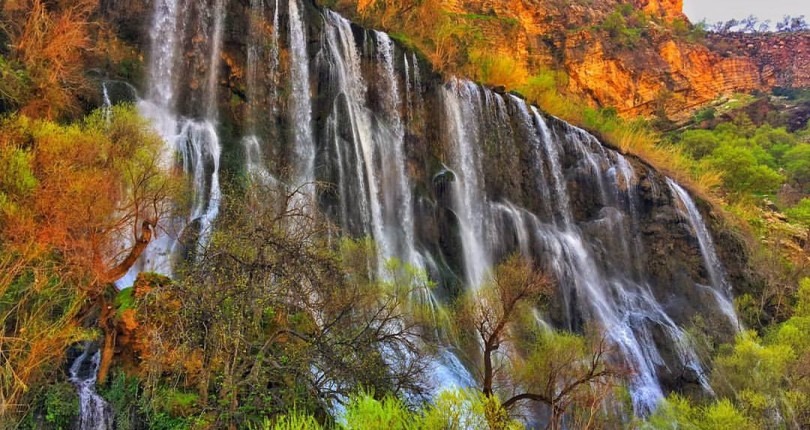