Qazvin is one of the cities of Iran which is located in the central part of the country and it was formerly capital of Iran for some time. The city which is the capital of Qazvin province is located at 1278 meters above sea level. Northern part of Qazvin is surrounded by Alborz Mountains with very beautiful natural landscapes and its southern and eastern parts are surrounded by a relatively flat plain. It is cool in the summer and cold in the winter.

The history and origin of the city dates back to the Sasanian period when it flourished by order of the Sasanian king, Shapur. As the economic highway of the Silk Road, Qazvin was a kind of transit point for traders and merchants who were transporting their commodities from East to West. Qazvin has been the capital of Iran for 57 years, during the Safavid period; therefore, it has many historical sites and museums that make it a great destination for travellers who are interested in history and archeology.

Below you can find the details regarding some of the above-mentioned places.

Chehel Sotoun Palace, known as Kolah Farangi Palace, is the only remaining summerhouse of the royal palaces collection of period of Shah Tahmasp. As one of the important monuments belonged to Safavid dynasty, it is located in the city center, in Azadi Square (Sabzeh Maidan). Shah Tahmasp ordered the selected architects of the country to build a garden in the shape of a square in which there are great palaces, halls, porches and beautiful pools. With an area of about 500 square meters, Chehel Sotoun Palace is a two-story and octagon-shaped building. During the Qajar period, the building was reconstructed by Mohammad Baqir Saad al-Saltaneh who was the governor of Qazvin and it was called “Chehel Sotoun”. With regard to the fact that Qazvin has been one of the important centers of calligraphy in Iran, the palace has been turned into a calligraphy museum at the present time. 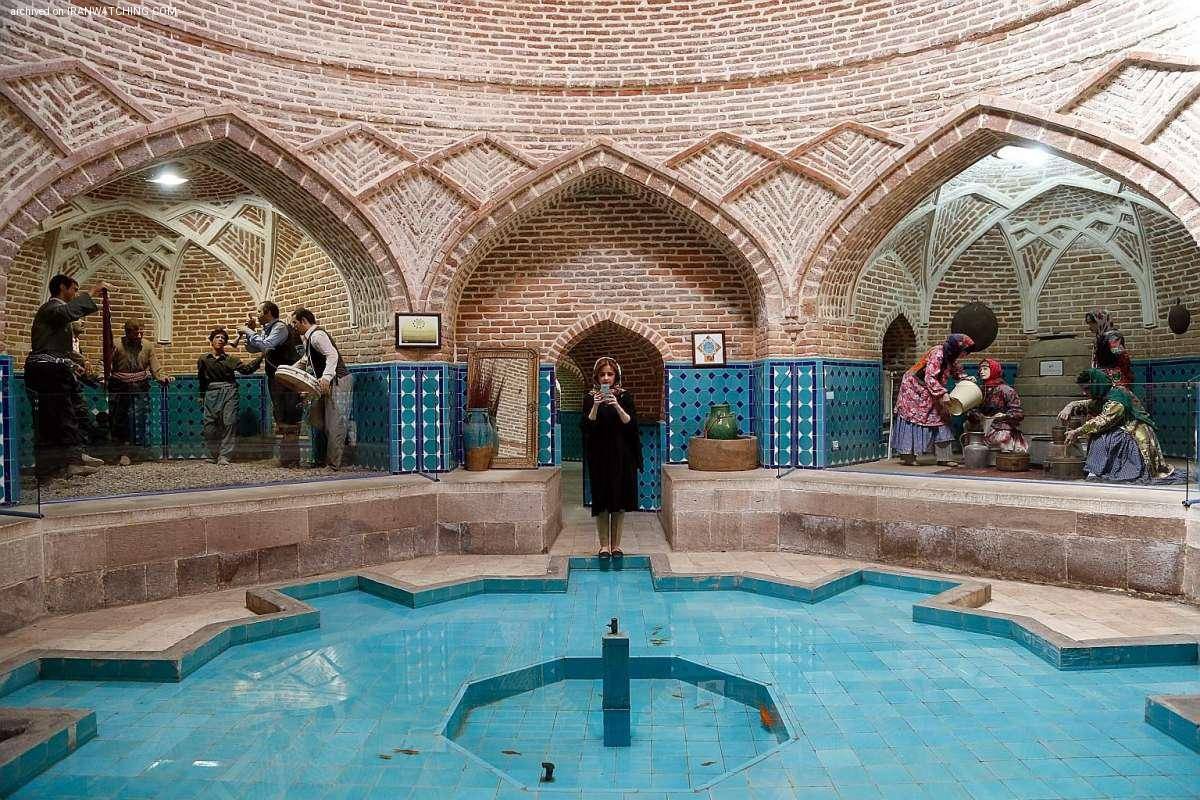 Hammam Qajar is one of the largest and oldest bathhouses in Qazvin which has been turned into an anthropological museum of the city at the present time. Contrary to what its name suggests, it was built by one of the commanders-in-chief of Shah Abbas and it is more than 400 years old. In this bathhouse, some manifestations of Qazvin social history are displayed in three sections of ethnicities, customs and occupations. The bathhouse is decorated with tiles and ribbed vaults and its floor is covered with marble. The roof of the bathhouse is also at the same level as the street. The monument was purchased by Cultural Heritage and Tourism Department of Qazvin Province in 2000 and it was repaired by Qazvin Municipality and Development and Renovation Organization and it is currently visited by travellers as the anthropological museum.

Qazvin Bazaar is a large market with several spaces and such a magnificent architecture that every tourist is amazed at the beauty of its rows and inns. The current body of the bazaar belongs to the Safavid period and beyond and most of the current buildings were built during the Qajar period.

The most interesting part of the bazaar is Sa’d al-Saltaneh Caravanserai which is the largest complex of inns located inside the city in Iran and it is one of the monuments belonged to Naser al-Din Shah Qajar period. This incomparable monument is considered as one of the largest public buildings and commercial inns of the country and it is comprised of a number of labyrinthine and continuous inns which consist of six courtyards. This complex of inns is made of brick lining in terms of architecture and foundation.

During the reign of the Safavid ruler, Shah Tahmasp, Qazvin had a palace called Ali Qapu whose magnificent façade is the only surviving element for the time being. The façade faces Sepah (Shohada) Street which is considered as the first street in Iran and it is about 500 years old. The street was a source of inspiration for construction of Chahar Bagh-e Abbasi Street in Isfahan. 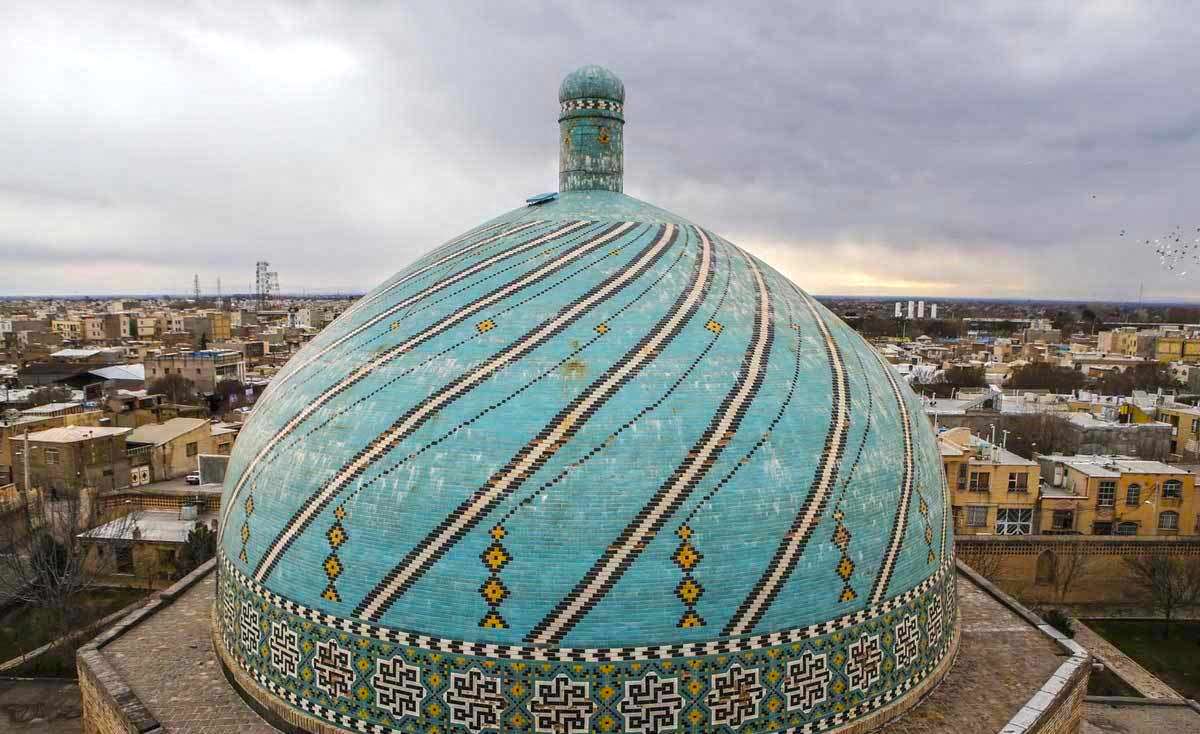 It is one of the largest and oldest mosques in Iran whose first structure was built on a fire temple from the Sasanian period. This holy place includes entrances and courtyards in four directions; and a very large porch has been built in each courtyard. The highest traditional Islamic architecture can be found in the beautiful dome, minarets and courtyards of the mosque. Its architectural style dates back to the Seljuk and Safavid periods. The mosque is attracting attention for its turquoise dome and tiled minarets from a great distance.