Shush is one of the most splendid and beautiful ancient cities of Iran and is one of the most important civilization centers in the world. The city dates back to about 4000 BC and it has been the millennial capital of Elam kingdom and civilization. It was also considered as the winter capital of the Achaemenids. With an area of about five square kilometers, Shush is located 150 km East of the Tigris River in Khuzestan province.

The case of Shush historic site was registered at the 39th session of the World Heritage Committee of the United Nations Educational, Scientific and Cultural Organization (UNESCO) held in Bonn, Germany in July 2015. The Shush Cultural Heritage case includes the Shavur Palace, Apadana Palace, the Eastern Gate, Hadish Palace, the Fifteenth City, the Achaemenid Village, Jameh mosque of Shush and a group of Islamic period buildings, the Akropol Hill and the French Castle.

The city is hot and dry due to its location in the south of Iran and the temperature is very high and it is sultry in the summer.

Due to its ancient and historical monuments, Shush is attracting a large number of visitors from all over the world. Some of the top tourist attractions of Shush are as follows: 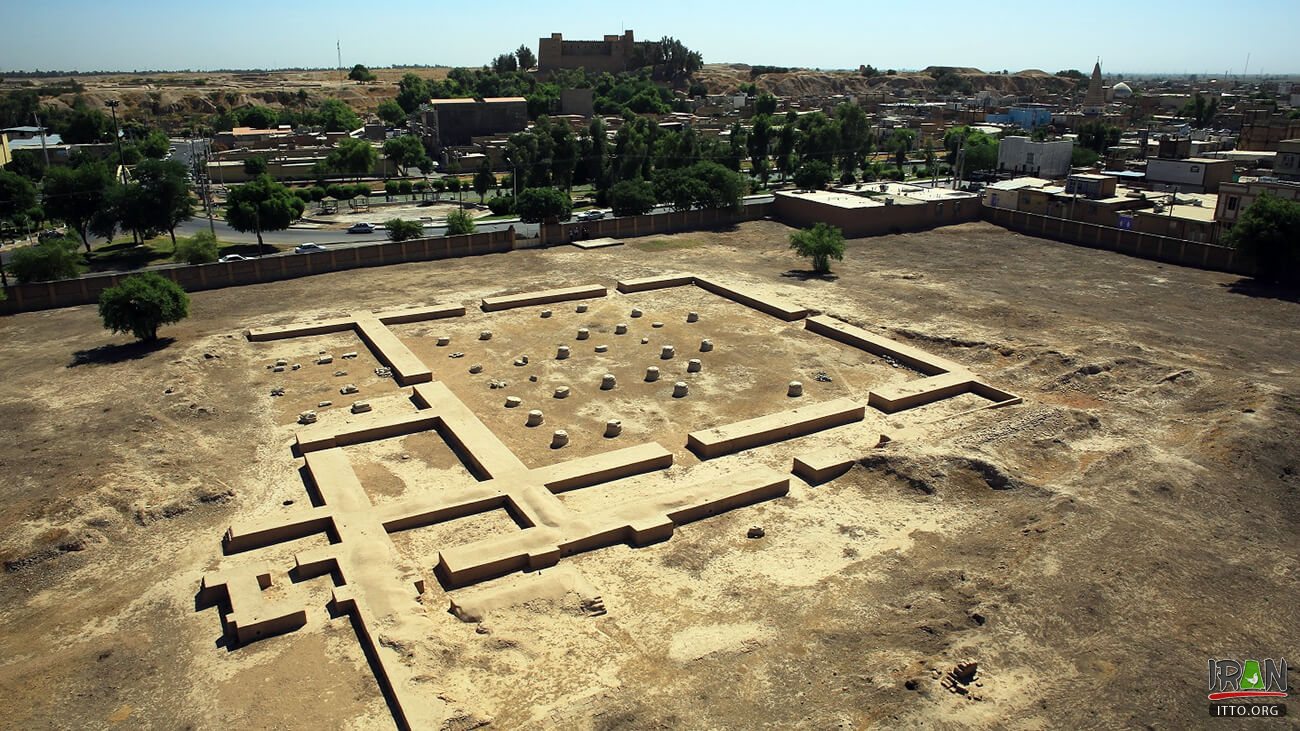 Apadana palace has been the winter palace of the Achaemenid kings and the main palace of Darius I. It was built on Elamite ancient monuments and sites and remains by order of the Achaemenid king, Darius the Great, in Shush around 515-521 BC. The walls of the palace are made of mud-brick and its columns are made of stone. The Darius Palace is made up of several sections, including the Bar-am hall, the gate and a reception hall, as well as three central courtyards. Some important parts of Apadana palace caught fire during the reign of Ardashir I (461 BC) which was rebuilt during the reign of Ardashir II (359 BC). Like other Achaemenid palaces, Apadana was demolished by Alexander’s (of Macedon) invasion around 320 BC. 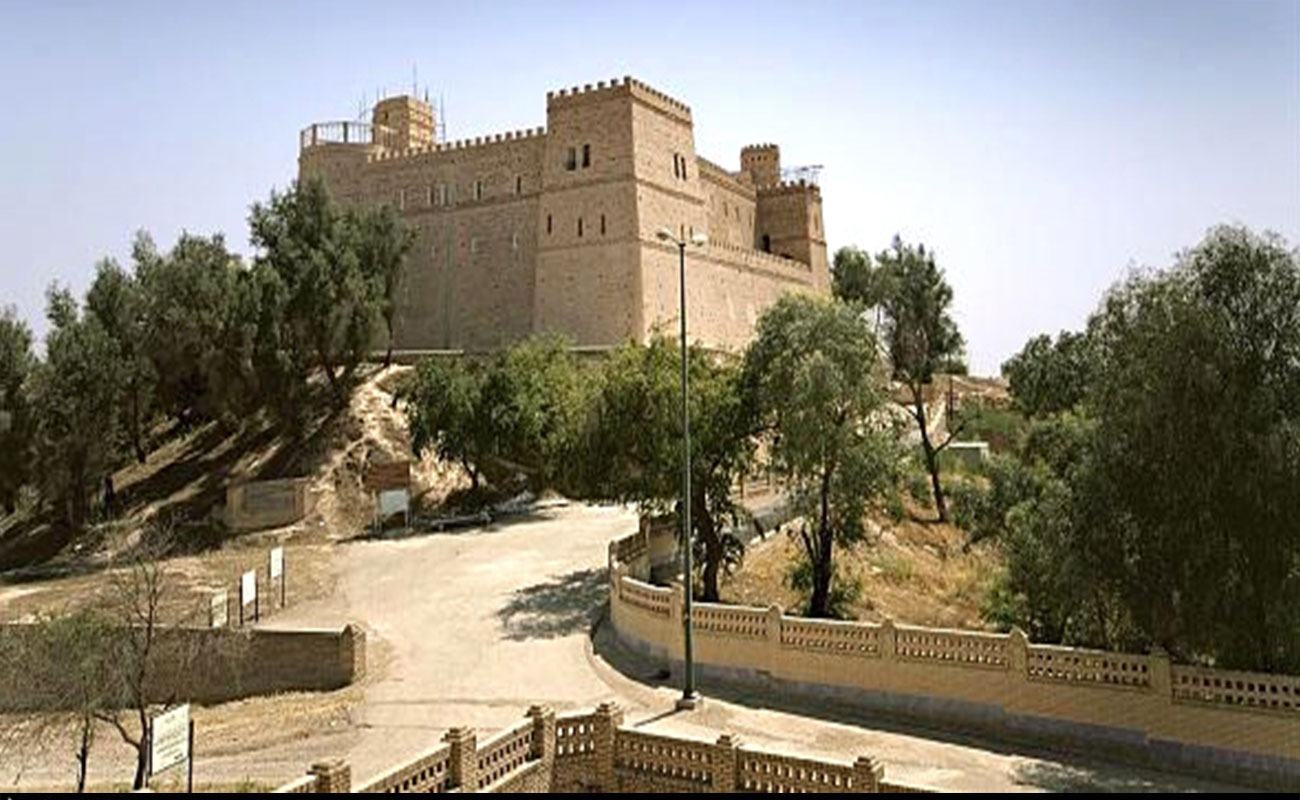 It is a castle built on a historic hill near the Tomb of Daniel (the Prophet) by the French Jacques Demorgan as the residence of French archaeologists in Shush. The castle has a medieval plan which was built by the French hiring the Iranian labor force.

The castle plan has a trapezoid shape which its small base is located on the North side and it is surrounded by a corridor and several rows of rooms facing the courtyard. The Northwest tower is a square castle and the Northeast tower is a circle one. 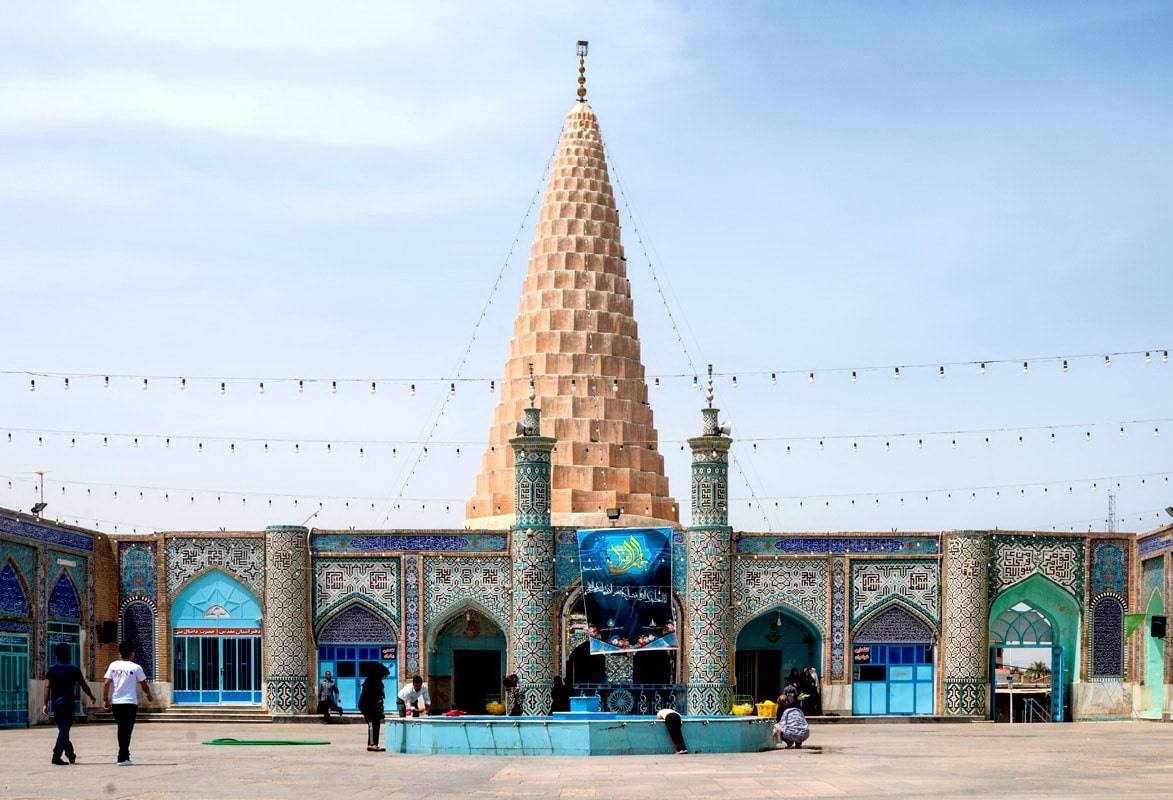 The Tomb of Daniel (the Prophet) dates back to the historical periods of post-Islam and it is located on Imam Khomeini Street in Shush. The Tomb has a double-shell (pineapple) dome. The dome which was built during the Seljuq Dynasty is about 20 meters high and about 5 meters in diameter. Inside the building, the walls of the Tomb have been decorated with mirrors and the other parts are tiled. The Tomb has two courtyards with a pool in the middle of the main courtyard and some rooms around it as a resting place for the pilgrims. The western side of the Tomb is covered with the Persian & Islamic tiles and there are two minarets about 10 meters high, located on its eastern side on both sides. 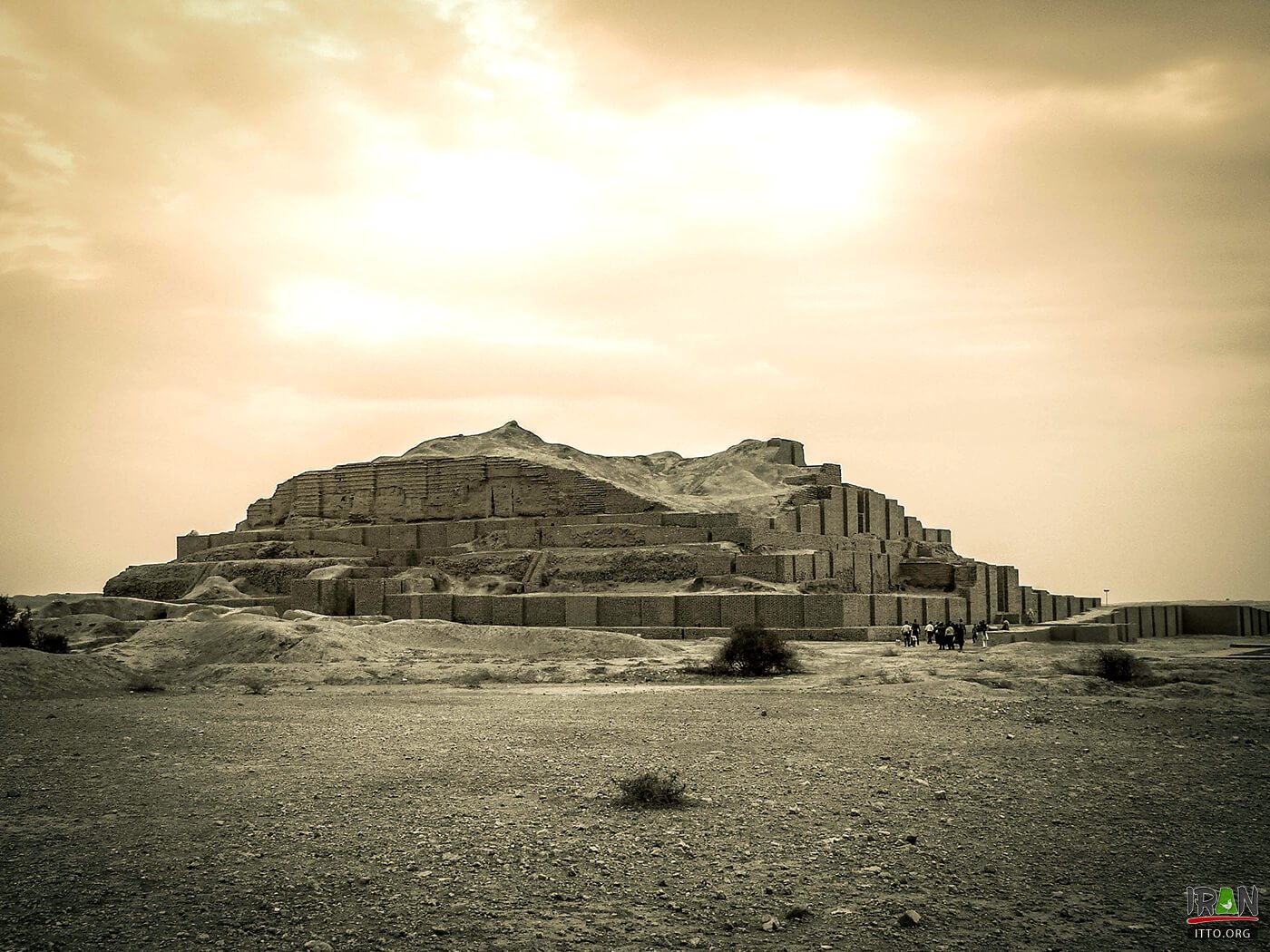 Chogha Zanbil is an ancient place of worship which was built during the Elamite period around 1250 BC. The structure was the first Iranian historical monument inscribed on the UNESCO World Heritage List. Chogha Zanbil, the ancient name of this building, is a local word made up of two words “Chogha” (in Luri language meaning “hill”) referring to the location of the temple which was a hill and “Zanbil” (meaning “basket”) for its resemblance to an inverted basket.

Formerly known as “Ziggurat”, Chogha Zanbil historical complex with an area of about one hundred hectares of a central building (with a square base, probably five stories and 52 meters high) consists of three separate walls (inner, middle and outer walls), temples, palaces (palaces for tombs), water reservoirs, residential houses and warehouses. Ashurbanipal, the Assyrian king occupied and demolished it in 640 BC.

Haft Tape is a name given to a range of ancient scattered hills in an area of ​​at least 30 hectares, located 10 km East-Southeast of Shush. The ancient site of Haft Tape includes the remains of a city and a large community from the Middle Elamite period (about fourteen centuries BC). The area is a range of ancient hills that houses one of the Elam civilization cities, known as “Tikni” or “Kabnak” and is about 3500 years old. After five years of excavation, a museum was also established in the area to preserve the artifacts.