Mashhad, is the second-most-populous city in Iran and the capital of Khorasan Razavi Province. It is located in the northeast of the Iran next to the cities of Sarakhs, Dargaz, Chenaran and Neyshabur, and having a shared border with Afghanistan, Turkmenistan which has given the city special military importance. Its name means the place of martyrdom, since Imam Reza, the eighth Shia Imam, who were poisoned is buried there. It is the most important religious tourism hub of the country and the second most religious city in the world. It has a mild climate with hot summers and cold winters. The main products of the region include saffron, Barberries, rock candy, dried fruits and nuts, leather, and Turquoise.

Let’s take a look at the most marvelous places in Mashhad!

It may be called the most recognized attraction of Mashhad and somehow its main symbol. It is a complex that contains the mausoleum of Imam Reza, the eighth Imam of Shias. According to a 2007 estimate, 25 million Iranian and non-Iranian Shias visit the shrine each year.

Other than its religious significance, mesmerizing features of Islamic and Iranian architecture are visible in every corner of this complex. The shrine itself covers an area of 267,079m2 while the seven courtyards which surround it, cover an area of 331,578m2 – totaling 598,657 m2.

Every year the ceremony of Dust Clearing is celebrated in the Imam Reza shrine. 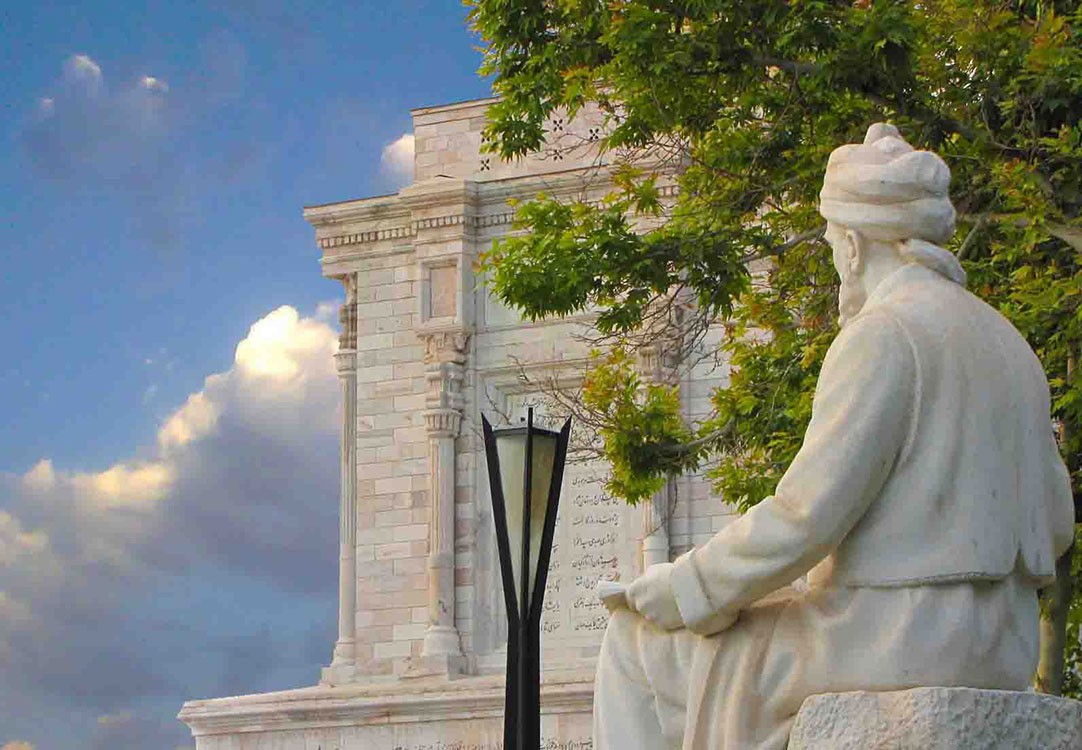 Another place to visit when in Mashhad is the Tomb of Ferdowsi which is located in Tus. It was built in the early 1930s, by the order of Reza Shah, and uses mainly elements of Achaemenid architecture to demonstrate Iran’s rich culture and history. It is made of white marble base and a decorative edifice, which resembles the tomb of Cyrus the Great. Ferdowsi is the great Iranian poet who wrote Shahnameh, one of the world’s longest epic poems by a single person. 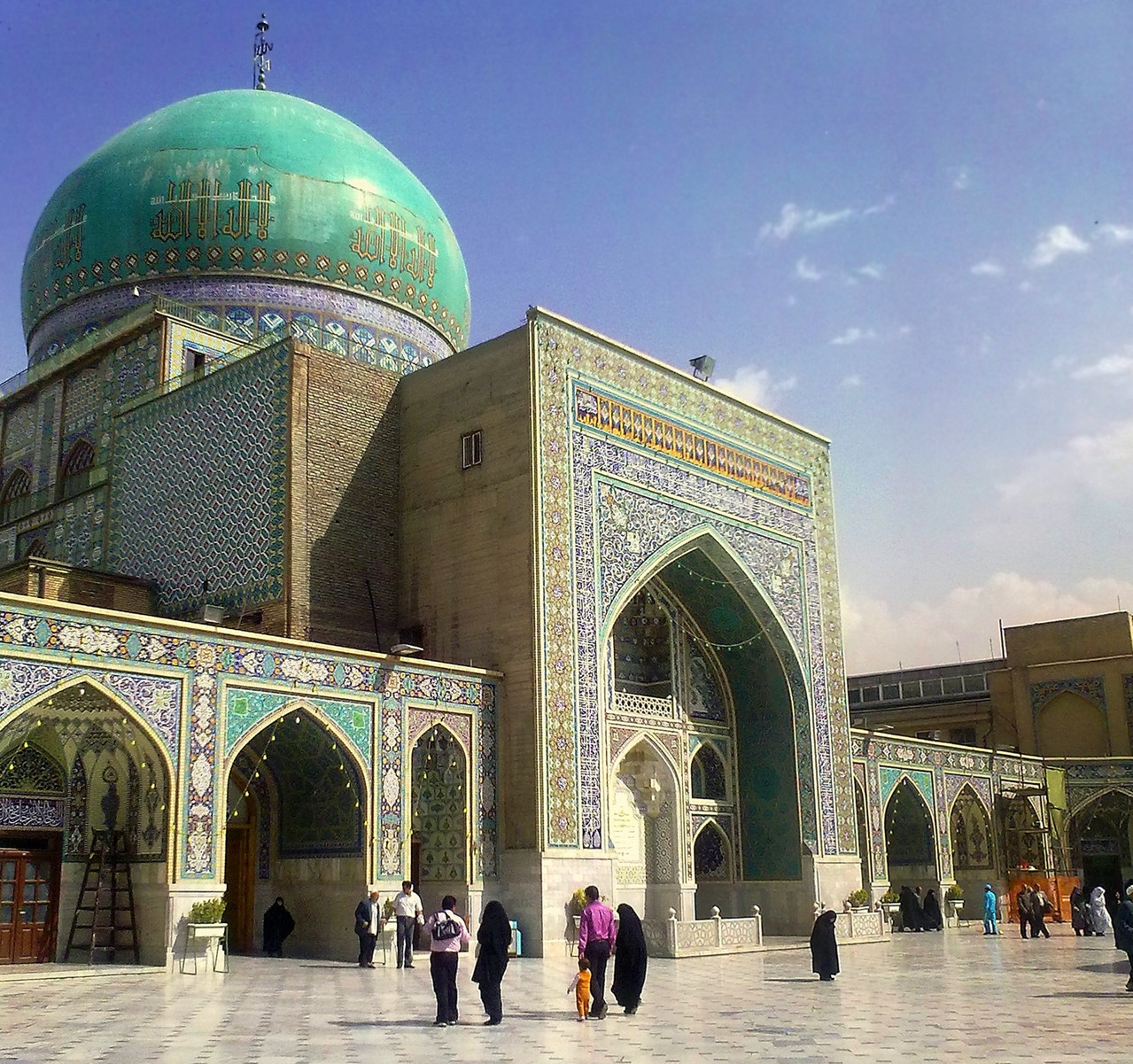 It is one of the most beautiful Iranian mosques in terms of elegance, beauty, architecture and tiling. Goharshad Mosque is a grand congregational mosque built during the Timurid period, which now serves as one of the prayer halls within the Imam Reza shrine complex. It was built by the order of Empress Goharshad, the wife of Shah Rukh of the Timurid dynasty in 1418 CE. having four iwans and one courtyard, as well as several shabestans, it is considered as one of the masterpieces of Iranian architecture in the Timurid era.

Kooh Sangi is located in city of Mashhad and is the second large recreational, scientific complex (after Mellat Forest Park) in Mashhad. Kooh Sangi consists of two peaks of the Binalood mountain range. It is a combination of water, stone, greenery and light, which has been welcomed and visited by. From the top of its mountains, a beautiful view of the city, the gardens of Mashhad and the holy shrine can be seen. The best and most beautiful view of the city and its surroundings can be seen from the heights of Kooh Sangi in the afternoon and evening. This place is the third most visited place by tourists after Imam Reza’s holy shrine and Ferdowsi’s tomb. It is on top of mountains that are easy to climb.

Founded in 1937, it is one of the most significant public museums in Iran which has been visited for almost eight decades by millions of pilgrims and tourists from Iran and other countries throughout the world. The Astan Quds Razavi Museums are one of the largest museum collections in Iran, whose historical monuments represent six centuries of decoration and architecture of the Islamic period and its historical objects show the types of arts and crafts made during the last ten centuries. This museum is consisted of two halls on one floor, with an area of about 1,300 square meters. The interior decoration and equipment was by the Jansen French Company, and various objects such as carpets, utensils, weapons, and some objects and architectural components of the holy shrine such as lighting fixtures, altars and doors of the shrine were displayed there. 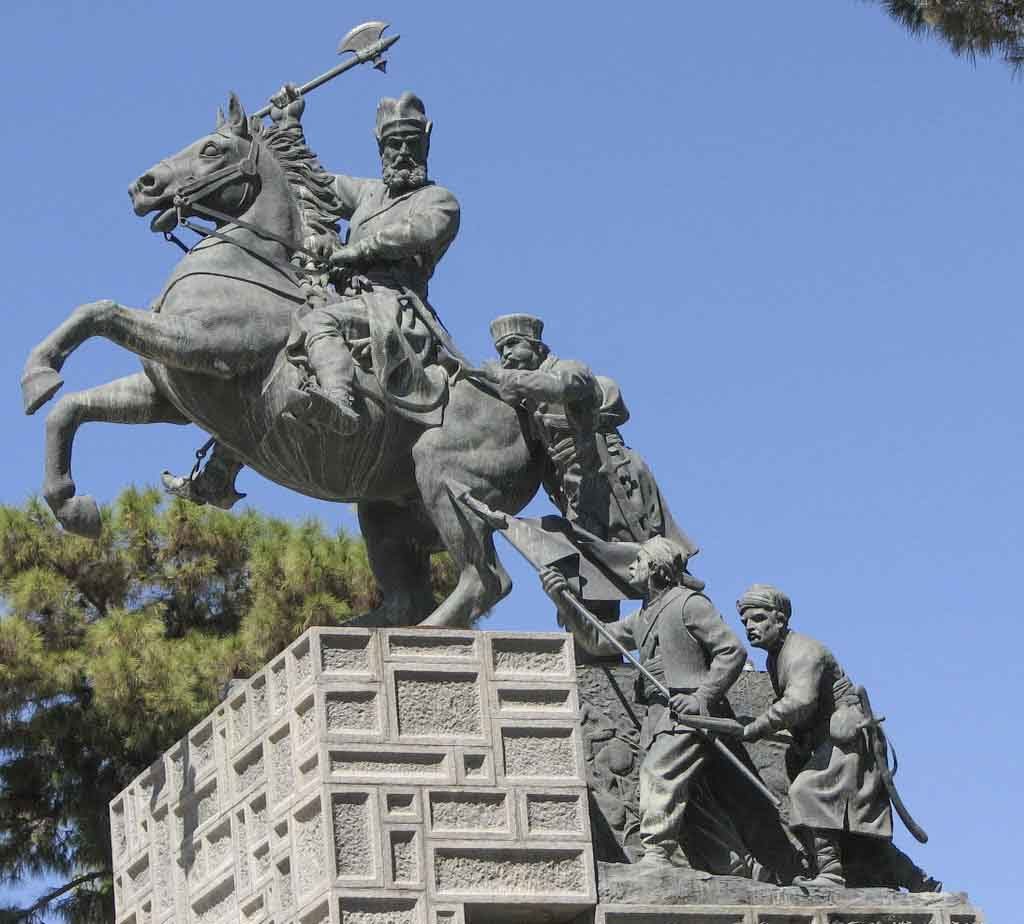 The tomb includes a 12-step platform, a burial site, a tent-like covering on the grave, a high platform next to the grave with a statue of Nader Shah on horseback, and three others following him, a bookstore and two halls for the museum.

The Nader Shah statue on horseback, along with several of his soldiers, was built over a high rock by the late sculptor Abolhassan Sedighi. The tombstone materials are mostly made of rough and hard granite rocks of Mashhad’s Kooh Sangi.